In 1998, the completion of the L. Thomas Melly Academic Center extended the entire south side of the library. This addition, named in honor of L. Thomas Melly '52, L.H.D. '02, a longtime trustee and major benefactor of the Colleges, increased shelf space, added honors suites and group study rooms, and improved the technological capabilities of the library.

In 2008, the Rosenweig Learning Commons, named after primary donor Daniel L. Rosensweig '88, completely renovated the first floor of the library, adding new furniture, 75 computers, and Learning Studios 1 & 3. In addition, the IT Help Desk, Digital Learning Team, and the Center for Teaching and Learning moved to new offices in the building.

Born in Geneva, New York, Warren Hunting Smith was the grandnephew of William Smith, founder of William Smith College. He attended Geneva High School before attending Yale University, from which he graduated in 1927. He received his PhD from the same institution in 1931. He spent the next 50 years editing the letters of Horace Walpole, the result of which was a 48-volume set published in 1981. Warren also authored several books, including Hobart and William Smith: The History of Two Colleges. Warren was a longtime supporter of the Geneva Community and Hobart and William Smith Colleges. He served on the HWS Board of Trustees from 1968–1978; he served as an Honorary Trustee from 1978 until his death. Warren was the main benefactor of the Colleges’ current library, which opened in 1976 and bears his name. 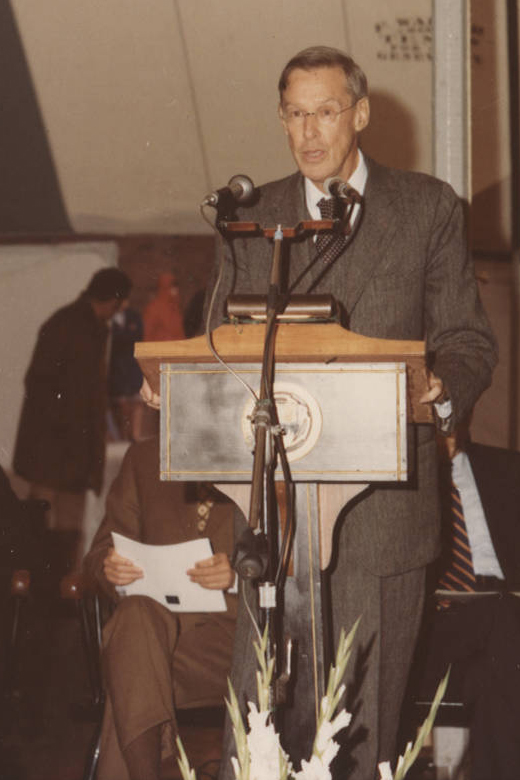