In pursuance of a Resolution of the Regents of the University of the State of New York passed April the 10th 1822 it is hereby Certified that the Regents here declare their approbation of the plan on which it is intended to found and provide for a College at Geneva in the County of Ontario, and that the term of three years be allowed for completing the same, and if at the expiration of that time it shall appear to the satisfaction of the Regents that the said plan has been executed, and that permanent funds, providing annually the sum of four thousand dollars or upwards for the benefit of the said institution, have been properly secured, the said Regents have further declared that the said institution shall thereupon be incorporated as a College according to the law of the State and the Regulations of the Regents.

In Witness Whereof the seal of the said Regents is hereunto affixed at the City of Albany the 16th day of April 1823.

AB. The term of three years commenced on the 10th day of April 1822
G. Hawley. Secretary 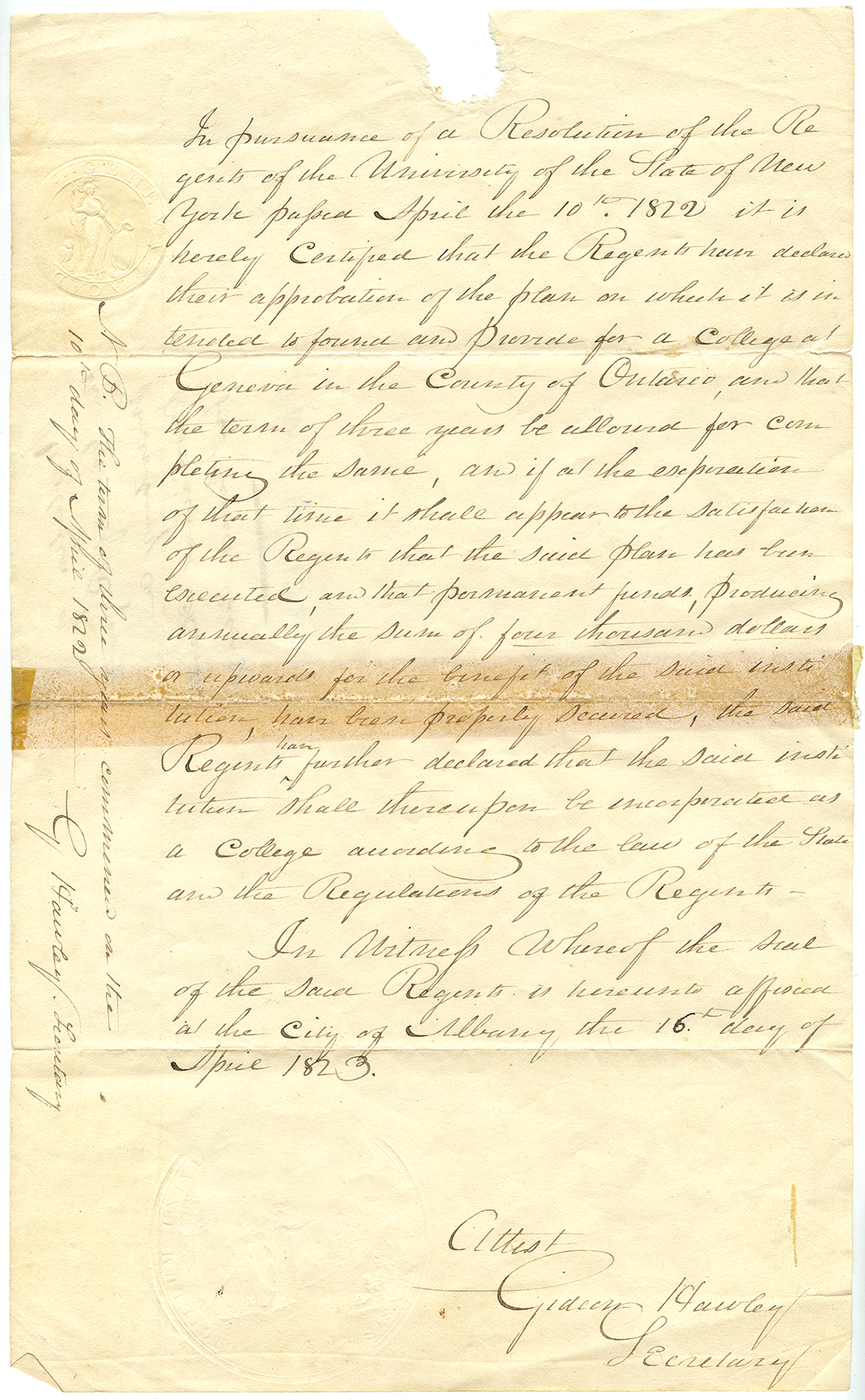